Why Are My Gums Bleeding? - Park Avenue Dental

The staff is so nice, really nice place, great experience. I live in Atlanta but have family in Gainesville and don't mind driving down for dentist appointments because I wouldn't want to go anywhere else! - Laura C
Everyone is so friendly and explains everything ahead of doing it. I've told my whole family and my friends about how much I love it! Thanks for everything - Matt T
Actually very pleasant. The truth: this is NOT my favorite thing to do. I always go in there nervous and come out saying, "That was not to bad at all!" Great "bedside manner". There are only positive vibes in this office and always really friendly. They do everything to make my visit very pleasant experience. - Sallie R
Cody, Shane and the entire staff at Park Avenue dental are some of the nicest people I have ever met. They all contribute to a pleasent dental experience, if there is one. They have been our family dentist office going on 5 years now and have been with us through our dental ups and downs. My two boys are all boy and the office has gotten us in quickly whenever we have a dental emergency. In todays world it is nice to have people you can trust. Thank You, Park Avenue Dental! - Mark K
Really, the best ever when you need dentistry. Doctors and staff delightful, very classy business with home and family friendly feeling. - Jo Ann B

Have you noticed some blood in your mouth after you have brushed your teeth? Most Americans experience gum bleeding at some point in their life, and t.here are several reasons why bleeding gums happen.  It might be because of something simple, like using the wrong technique when you brush or floss. Or it could be a sign of a health condition you need to check out.

1.   Bushing or Flossing Too Hard 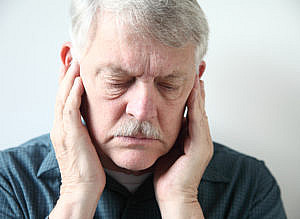 Most people believe that the more forceful they are during their oral routine, the cleaner their teeth will be, but this is not the case. Flossing and brushing are critical for oral health, but being too hard can cause damage to your enamel. The easiest fix for this is to think of brushing your teeth as more of a massage. If your gums bleed frequently – or every time you brush or floss – visit your dentist.

Sometimes using a  new type of toothbrush can cause gum bleeding. Similar to being too aggressive, if you begin using a toothbrush with hard bristles and notice your gums bleeding, it might be your toothbrush. Bleeding is your gums’ way of telling you to be more gentle with your brushing. Most dentists recommend a soft-bristled toothbrush, specifically because it is easier on gums. After switching back to soft bristles, bleeding along the gumline should stop within a few brushing sessions.

Gingivitis is the first sign of gum disease. Gingivitis happens when plaque along your gum line isn’t properly removed. This sticky plaque breeds all sorts of nasty bacteria that infect the gums, causing bleeding and sensitivity. Other symptoms include symptoms such as swollen, tender, and sometimes bleeding gum during brushing. The leading cause of gingivitis is improper oral hygiene, and if not addressed, gingivitis can progress to periodontal disease. On the bright side, you can prevent gingivitis by seeking treatment as soon as the early signs appear.

Smoking increases your risk for sensitivity, diseased and bleeding gums, and gum disease. Once gum bleeding starts, dangerous bacteria trapped between the teeth and the gum line can get into the bloodstream, causing further complications.

If your gums bleed persistently or if you experience ongoing pain associated with bleeding gums, don’t wait for your next dental checkup. Our caring and knowledgeable dentists at Park Avenue Dental can screen you for gum disease signs and other oral health issues during your check-up. Contact us today to stay ahead of any problems and instead enjoy a healthy, beautiful smile.